Modern professional grade avionics
Proven economical four cylinder fuel injected powerplants
from Lycoming
Proven long lasting service life (over 17,500 hrs) and the
experience of over 450 aircraft operating in the world,
in all areas of the world.

The aim of the Vr (P68R) is to offer a faster and lighter more advanced aircraft for private use and for flight training applications.

Special attention has been taken in improving an avionic suite, overall comfort ergonomics and style of the cabin. 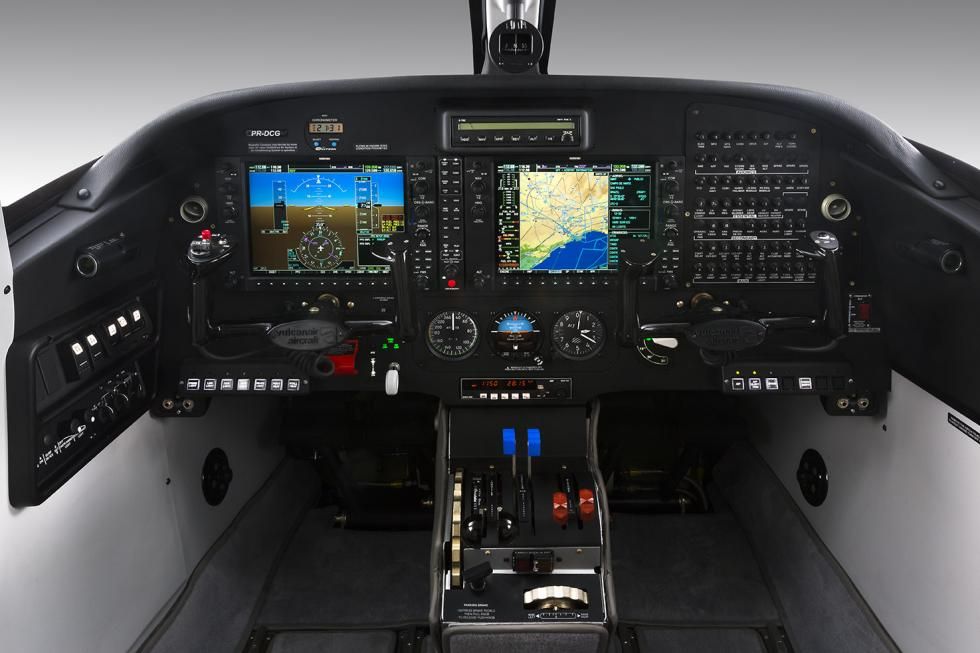 The aim of the Vr. is to obtain better performance in terms of airspeed, rate of climb and empty weight relative to its bigger more utilitarian siblings from P68C Series.

The Vr as per its other related models of the P68 Series has remarkable and benign handling characteristics, particularly at low speeds or in the unlikely engine failure. The available glass cockpit is great improvement in terms of pilot situational awareness.

A common feature of Vulcanair aircraft is economy. The aircraft has very low operating costs due to its structural simplicity, its proven aluminium construction.

Thanks to the retractable gear the aircraft not only gains in performance but can now claim a specific range of 8NM/Gal at 10,000 ft.
Customer Support.

Vulcanair has and is in the process of increasing the number of Authorized Spare Parts Centers which will insure quick availability of the parts in all areas of the world.

While it can be true that composite aircraft have no rivets, at Vulcanair we believe that there are many advantages in aluminium construction. The first advantage is weight, compared to a similar structure made of aircraft certified composite materials.

The second are the known and well documented aging and fatigue qualities of aluminium structure together with the ease of repair.

The Vr is designed and made in Italy. Its clean sleek lines are accentuated by the retractable landing gear.

Special attention has been taken with the Vr to improve the pilots and passenger comfort and overall quality of the interior appointments.

Vulcanair was founded in 1996 and since then it has taken over the great heritage of fine Italian design and manufacturing in General Aviation. Vulcanair's mission is to become a respected General Aviation manufacturer worldwide, through customer satisfaction and exciting, innovative, yet reliable solutions in aircraft design.
Vulcanair S.p.A. | Via G. Pascoli 7 80026 Casoria (NA) Italy | Tel. +390815918111 - Fax. +390815918172 | VAT IT07071080639